I wanted to put a few of my favourite pieces in one place, and combine them with my story of managing depression and my experience of parenting two wonderful people with depression and  anxiety.  I don’t want to tell my daughters’ stories, that is their job to tell, or not, as they choose at any time.  But I do want to share my story and my journey to figuring out how not to be a dick when trying to love them.   I hope that they will appreciate the insight and not resent me too much, but I have faith in the strength of our bond, forged in the flames of life with mental illness.

I have a chronic illness, called Rheumatoid Athritis.  I was first diagnosed as a child, so it was titled “juvenile onset”.  You can have a read of the link if you’re really enthusiastic but a short summary is basically, it causes pain because my immune system doesn’t know what is up.  It is also characterised by fatigue and the bosom buddy of pain and fatigue is depression.  Throughout my life at different times, I have been slammed with a visit from what Winston Churchill referred to as his Black Dog.  The spectre of depression, with its threat of unrelenting apathy, sadness tinged emptiness and general lethargy is ever present in my world.  I mostly manage it with a technique I call “Boxing”.

Boxing means I label a feeling, put it in a box, and pull it out only if and when i feel like I can manage it.  It is a self taught technique and therapists everywhere would encourage you not to engage in it.  Other names for this technique may or may not include repression, denial, avoidance or stupidity.  I actively avoid engaging in the act of feeling when I am in a dark spell because at those times I am mostly also exhausted by fatigue and beset by pain.  Only once in my life have I been so overwhelmed by this feeling that the thought of being not alive was tempting enough that I considered suicide.

Oh faithful readers (all twelve of you) I hate to admit it, but that time was only about two years ago.  I was having a massive flare of pain and fatigue, could barely function, was terrified that I was never going to recover and that I was going to have to leave my much loved career.  I thought I was lost forever to a sea of pain and isolation, and that I would drag my children and husband with me.

I actively wanted to be not alive.

alive was so very, very hard.

Note: I did not want to be Dead.

Because in that time.

I could see none of those things.

I felt like this image, all the time. Source: https://ashpicyard.files.wordpress.com/2012/10/lonely-dead-tree-in-pain.jpg

I don’t know how I got through it. One day, the medication for my pain flare was working better, and the pain was less.  The fatigue was not as overwhelming.  The exhaustion not as extreme.  The Big Black Dog climbed off my chest. I could breathe again.  I could see the good things in life.  I didn’t want to be not alive, any more.  And I was so very lucky that due to the support of some wonderful friends, my loving husband and the understanding of my knowledgeable daughters, I was still alive to see that day.  I have struggled with depression on and off throughout my life, but that was the one time that it threatened my survival.  It took over a year for the flare to fully subside and for me to abandon my medication and live life more fully again, but I will never forget the lesson I learned from it.

Suicide is not just about wanting to be dead.  Sometimes, it is about not wanting to be alive.  And that desire can be absolutely blind to the fact that not alive is the same as dead.

My Oldest daughter is a bit like me.  She battles depression on and off, with varying levels of intensity.  I don’t know if it is ever truly absent for her, but I know it allows her to function at some level.  To maintain relationships, hold down a job, make plans and have dreams.  She is smart, funny, helpful, passionate, scared, scarred, hardworking, interesting, talented, fair; and her soul is beautiful.

My Younger daughter has chronic, clinical depression.  She is daily bombarded by it.  Her genetic predisposition, as experienced by myself and her sister has found  fertile ground in the depths of her soul.  She spent some time not wanting to be alive anymore.  She got a bit better, then got a bit worse, then got a bit better, but she has been mostly caught in a swelling tide of depression for the better part of six years.  She is quick, witty, intelligent, sarcastic, sardonic, whimsical, fun, argumentative, lonely, scarred; and her soul is beautiful.

Because depression lives in the mind.

It lives in your thoughts,

It lives in your hopes.

It hides in your dreams.

And therefore it is it’s own creature.  The more you as a person think, the more ways it has to catch you off guard, to trip you up.

Cannot be the same,  Cannot feel the same and most definitely cannot be treated the same.

And therein lies the minefield that is loving and living with someone whose mental health is affected by depression.

Both the girls also struggle with Anxiety disorders.

I do not have an anxiety disorder.  For years and years, I did a really crappy job of trying to understand them.  I didn’t even realise how many different presentations and symptoms were associated with anxiety attacks. 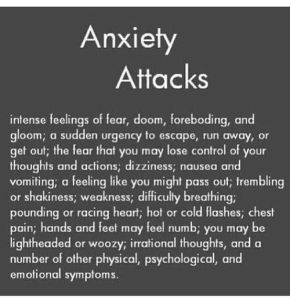 I didn’t understand how it felt.

I definitely did Not Know How To Help.

Just last month, I got it wrong with daughter the first.  I apologised.  I meant it.  I love her and I want to be a safe harbour for her, but most importantly, I want her to feel heard.

Just this week I got it wrong with daughter the second.  This is my apology.  I mean it.  I love her and I want to be a safe harbour for her, but most importantly, I want her to feel heard.

The most important thing I read this week was this quote

“It’s like standing in the rain getting wet and everyone else has an umbrella—they yell at you to open yours up and look at you like you’re stupid, but the problem is that you don’t have one, and you don’t know where to get one, no one can give you one. You need to learn to cope with getting rained on and try to not drown.”

So, if you have an umbrella, and you see someone without one. Maybe you could let them stand under yours.